From Inquisition to prosperity 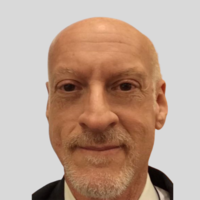 At the time of the "discovery" of the Americas, much of the continent was inhabited by sophisticated native civilizations. Struck by the bounty of natural resources, the explorers became conquerors, claiming the territory for the Spanish Crown and the Catholic Church. Among the earliest colonial settlers were countless crypto-Jews escaping the Holy Inquisition and finding a safer place to practice Judaism, albeit covertly. The inquisition later spread to the colonies and for the next 300 years Jews in Mexico were persecuted to the point of total obscurity. Ironically, many prominent figures of the time were secretly or unknowingly of Jewish descent. Mexican independence from Spain brought liberal reforms, including freedom of worship, although Catholicism remained the official and omnipresent religion. Conversos who managed through the generations to maintain Judaic customs gradually displayed their faith again and organized, while growing waves of Jewish immigrants began arriving. In the early 20th Century, Mexico welcomed thousands of Jews fleeing the Middle East and Europe, and the foundations of a thriving community were established. By the 1950's it had become one of the world's most prosperous, diverse and unique Jewish communities, which continues to thrive to this day. Travel through the ages with us, to examine this rich history as well as the dynamic present of Jewish Mexico, and meet some of its illustrious denizens.

Benito (Ben) Gritzewsky is a second-generation Jewish Mexican and amateur historian passionate about travel and cultural interchange. His multicultural upbringing on both sides of the United States/Mexico border, and studies in architecture, sociology and international relations fostered a lengthy career in tourism and a lifelong belief that travel and cross-cultural relationships are keys to global harmony. Recognized by the travel industry as an expert in Mexico and Latin America, he has consulted and advised numerous groups and individuals; planning, operating, and occasionally escorting extraordinary journeys throughout the region. Also fascinated and intrigued by Jewish history, particularly within his homeland, Ben delights in uncovering, celebrating and sharing the infinite facets of Jewish life.

10% of the profits will be donated to CDIJUM - Centro de Documentación e Investigación Judío de México (Jewish Documentation and Research Center of Mexico), a repository of objects and information that recovers, protects, organizes, and preserves Mexico's Jewish history and is committed to cultural exchange, knowledge, and understanding.